Supreme Court: Apart from the Narasimha temple, the petitioner has expressed apprehension about the destruction of ancient places associated with Adi Shankaracharya.

PIL On Joshimath Land Sinking: The case of landslide in Joshimath, Uttarakhand has now reached the Supreme Court. Jyotishpeeth’s Jagadguru Shankaracharya Avimukteshwaranand Saraswati Maharaj has filed a public interest litigation in the Supreme Court through his lawyer on Saturday (January 07). The court has appealed for an urgent hearing in this matter on Monday (January 09).

This information has been given by Swami Avimukteshwaranand Saraswati’s media in-charge Dr. Shailendra Yogi alias Yogiraj Sarkar. If this situation persists in the petition, the possibility of destruction of ancient places related to Narasimha temple, Adi Shankaracharya has also been expressed. In the petition, there has been a demand to provide assistance to the affected people, to get their property insured.

Swami Avimukteshwaranand’s lawyer PN Mishra told ABP News, “In the petition, the issue of the tunnel being built under the Tapovan-Vishnugad power project has been raised prominently. This tunnel is being considered responsible for the current situation. There has also been a demand to get experts to review all other development works including the project. It has also been said that the reasons responsible for the landslide should be found out.”

These people were made party

The petitioner has tried to show the court through photographs how Joshimath is sitting on the verge of destruction. It has been told in the petition that cracks have appeared in more than 500 houses so far. The situation is continuously getting worse in many areas. Apart from the Central Government and Uttarakhand Government, the National Disaster Management Authority (NDMA), National Thermal Power Corporation (NTPC), Border Road Organization (BRO) and Chamoli’s DM have been made parties in the petition.

0
InLandslide case in Joshimath reaches Supreme Court, petition may be heard on Monday 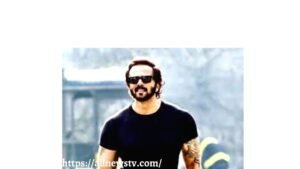