Samajwadi Party MLA Irfan Solanki’s lawyer alleged that lower rank officials are conniving with criminals and an FIR has been lodged against his client by deliberately misleading the higher officials.

Kanpur: The family members and his lawyer of Samajwadi Party MLA Irfan Solanki of Sisamau area of Kanpur, lodged in Uttar Pradesh’s Maharajganj District Jail, praised Chief Minister Yogi Adityanath on Friday. He said that CM Yogi and top officials of the state work impartially and provide justice to all without any discrimination on the basis of caste and creed. However, he accused the lower rank policemen and the jail administration of implicating MLA Solanki and his brother Rizwan in false cases and not providing any facilities in the jail.

‘Those who lodged the FIR themselves have a criminal history’

Irfan Solanki’s lawyer Gaurav Dixit claimed that the FIRs lodged by Aqeel Khan, Mohd Naseem Arif and Vimal Kumar in the recent past on charges of alleged land grab and extortion had criminal antecedents of their own. He said that registration of case on the complaint of such people clearly shows the police-criminal nexus. The lawyer alleged that the lower rank officers were in connivance with the criminals and an FIR was lodged against the MLA by deliberately misleading the higher officials.

‘Nazir Fatima extorted Rs 15 lakh’
Irfan Solanki’s wife Naseem Solanki alleged that Nazir Fathima, who lodged an FIR against the SP MLA and his brother Rizwan, had extorted Rs 15 lakh from her a few months back. Rizwan allegedly gave Rs 3 lakh through check and Rs 12 lakh in cash to his bank account in July last year. No truth was found in the 52 complaints being probed by the Special Investigation Team (SIT), an official said on condition of anonymity, following which top officials have decided not to register any more FIRs against the SP MLA and his brother. instructed.

Solanki’s family dismisses the news of bargaining
Naseem Solanki rubbished such claims when asked whether there is talk that there is a deal with Solanki’s family that no more cases will be registered if they praise the chief minister and police officers. did. Solanki, the SP MLA from Kanpur’s Sisamau, has been in jail since December 2, when he surrendered before the police commissioner after being booked for rioting and arson in a land dispute case with his younger brother Rizwan. The MLA is also accused of using a fake Aadhaar card to travel from Delhi to Mumbai on November 11.

18 cases have been registered against Irfan Solanki
Whereas, a fortnight ago the Kanpur police invoked the UP Gangster and Anti-Social Activities (Prevention) Act against the SP MLA and his brother. Investigation found that the SP MLA had allegedly formed a gang consisting of his jailed brother Rizwan, jailed builder Shaukat Ali and notorious criminals Israel alias Aate Wale and Mohd Sharif, mainly involved in land grab and extortion . In less than 2 months, the number of cases registered against the jailed MLA has reached 8 and till now a total of 18 cases have been registered against him. 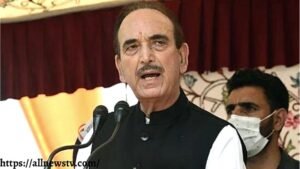 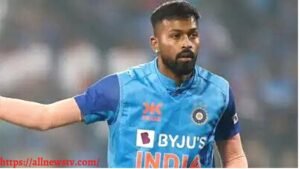 Next post IND vs SL: These two players become tension for Captain Hardik, will be out of playing 11 in third T20
Shaswat