The population of Joshimath is around 25 to 30 thousand. It is freezing cold in the mountains but people are forced to stay outside because their house is exploding. More than 3000 lives are in danger at this time.

Joshimath: At present, the lives of thousands of people are in danger in Joshimath, Uttarakhand. With the passage of time, the shadow of death is increasing on the people living here. The ground is exploding. Roads, houses, hotels have cracks everywhere which are increasing continuously. Water is gushing from the ground all over Joshimath. Houses are leaning due to cracks, people are forced to spend the night under the open sky. Till now cracks have appeared in 561 houses, so the people living here have been shifted to safer places. Chief Minister Pushkar Singh Dhami himself is monitoring the situation. This evening, CM is going to hold a high level meeting on the latest situation in Joshimath, in which the government can take some big decisions.

38 families have been shifted so far

Meanwhile, a team of experts led by Garhwal Commissioner Sushil Kumar and Disaster Management Secretary Ranjit Kumar Sinha has reached Joshimath to inspect the affected areas. So far cracks have appeared in 561 houses in Joshimath. Two hotels are not fit for people to stay. 38 families have been shifted to safer places. The administration has arranged 70 rooms, 7 halls and 1 auditorium for the people to stay.

Illegal construction in Joshimath is a big reason

The population of Joshimath is around 25 to 30 thousand. It is freezing cold in the mountains but people are forced to stay outside because their house is exploding. More than 3000 lives are in danger at this time. The people of the area are blaming the tunnel being built for NTPC’s Vishnugad-Tapovan Hydro Power Project behind the land explosion in Joshimath. People took out torches in the night against NTPC’s hydro power project. Along with the administration, people raised hue and cry against the government as well.

In view of the situation in Joshimath, these projects have been stopped-

Tapovan-Vishnugad Hydro Power Project is of 520 MW, its work started in the year 2005.
There is an under construction tunnel of the project whose work started in 2011, this tunnel will pass under Joshimath city.
The total length of the tunnel is about 17 km. Tunnel work is still going on.
So far 70 percent of its work has been completed.

Water has been seeping in many areas of Joshimath for years but the administration never took it seriously. Today the situation has become such that there is a danger of the entire Joshimath getting razed to the ground. 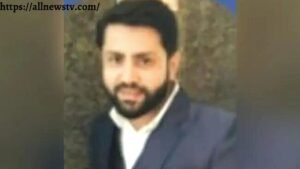