Congress organization general secretary KC Venugopal said, many of our leaders are returning home before the Bharat Jodo Yatra enters Jammu and Kashmir. It is a matter of great happiness.

New Delhi: 17 former leaders of the Democratic Azad Party (DAP) led by former Union Minister Ghulam Nabi Azad joined the Congress on Friday, including former Deputy Chief Minister of Jammu and Kashmir Tarachand. This is the return of these leaders to the Congress. Congress general secretary KC Venugopal welcomed these leaders into the party. Venugopal said, “Many of our leaders are coming back home before the Bharat Jodo Yatra enters Jammu and Kashmir. It is a matter of great happiness.”

Tara Chand, former Pradesh Congress Committee President Peerzada Mohammad and 15 other leaders have returned to the Congress. Congress general secretary Jairam Ramesh said many more DAP leaders would return to the Congress in the coming days. Azad had resigned from the Congress in August last year and then founded the DAP. A few weeks after the formation of the party, discord started in it. Tara Chand and some other leaders were expelled from DAP in the past.

The slaves didn’t come but the companions returned!
Let us inform that recently there were reports of Ghulam Nabi Azad rejoining the Congress, on which he himself came forward and clarified. Azad had dismissed such reports as ‘completely baseless’. He alleged that this was to demoralize his party workers. Now 17 leaders from his own party have returned home in Congress.

Broke 52 years old relationship with Congress
Azad had severed his 52-year association with the Congress earlier this year. Azad had resigned from the Congress in August following his differences with the party high command and hit out at Rahul Gandhi and his coterie. After joining the Congress in the mid-1970s, Azad held several important positions in both the party and the government. He was also the Chief Minister of Jammu and Kashmir from 2005 to 2008. 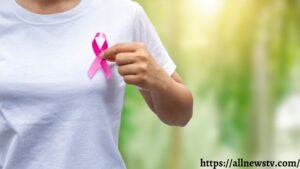 Previous post Breast Cancer: Can it recur after breast cancer is cured? Identify and get treatment in time

Meghalaya Politics The term of the Meghalaya Legislative Assembly ends on 15 March. Along with national parties, regional parties have...

Congress MP Santokh Singh Chowdhary, during his Bharat Jodo Yatra, was taken to a hospital in an ambulance in Ludhiana,...

The programme involves Ministers to oversee organisational readiness and identify constituency- and State-level issues that can be raised Amit Shah...